The Ups and Down of Racing

A great start to the week with a double at Carlisle.  Better Getalong got his head in front for the first time since 2018, with a great ride from Conor Rabbitt. That was quickly followed up by Houston Texas who, after making a mistake 2 out, dug deep and stuck his neck out to win by a short head! Parisencore bumped into a progressive horse and after keeping up with the pace for the best part of the two mile contest, he tired up the home straight but still managed to hold on for second place. After the highs of Monday, we were met with the ultimate low on Wednesday when we sadly lost Home Fire. Danny McMenamin was taken to hospital but fortunately he was given the all clear and will have a week off before his return. He’s the regular rider of Nells Son both at home and on the track, so will sadly miss out on riding him in the Grade 2 Premier Hurdle at Kelso on Saturday – Sean O’Keeffe has picked up the ride. Our other runner at Kelso is Famous Bridge in the 2:05 Handicap Hurdle. We are also at Doncaster on Saturday with Universal Folly and Big Bad Bear for owners Tor Side Racing. The following day Chidswell, now 13, heads to Sedgefield for the 3m2f Handicap Chase. To look at, you wouldn’t know his age as he still struts around with his head held high, as he always has done and can still be a handful when he wants to be! There are plenty of entries next week at both Newcastle and Carlisle. Newcastle’s entries include Everyday Champagne is in the 2:05 Novice Handicap Hurdle and was last seen finishing 5th in a race won by Since Day One, who was the runaway winner of Parisencore’s race on Monday. Rose Of Siena has an entry in the Mares’ Bumper and has been given a bit of a break since her last run in December. She’s A Rocca has several options over the next week with races at Newcastle on Tuesday and Friday, as well as Carlisle on Thursday. She ran very well last time out when she finished a close third at Doncaster a month ago. Best of luck to all connections with runners over the next week. 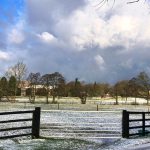 Sunshine After The RainGreystoke Galloper 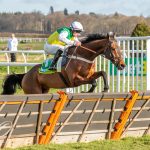