A Christmas Cracker at Carlisle

The day started off with Big Bad Bear winning the opener. This was for the same connections who ended the previous day with My Old Gold winning at Doncaster. “He will want better ground next time” – Nicky Richards Skiddaw Tara then ran another strong race but just found one too good. He will no doubt get a win under his belt soon.

Chapel Stile gave Ryan Day his first winner of the afternoon. After becoming a bit outpaced at parts during the race, he stayed on very strongly up the hill to run down the clear leader. Ryan said of the horse: “Chapel Stile still impressed me, the ground was a little on the soft side for what would suit him best and the trip was also a little short but still ran a game race, he’ll be a different horse again over 3m+ on better ground and with a bit more experience, looking forward to seeing him progress.” Nicky also commented that Chapel Stile will want better ground. Teddy Tee was next, and with a strike rate of 1 win from 20 starts the odds were against him. He put in a bold front running display under Ryan Day, and the pair just held on for the win.

“I was lucky to be left alone in front on Teddy, where I was able to ride my own race and he seemed to be enjoying it, his jumping was the best it’s ever been and he stayed every yard of the trip” – Ryan Day

Teddy will be given some time before he runs again. He holds a special place in his owners David and Nicky Robinson’s hearts, as he his named after Nicky’s father. The final run and win of the day was courtesy of Kitty Hall in the bumper. There was no sign of the greenness she showed on her debut last season. There is the possibility she may now head to the sales and has the potential to shape up into a nice horse for the future. When asked if Nicky expected to get 4 winners he replied “I expected to get 5!” He said he would have been “devastated if they didn’t win at those prices”. It’s a great achievement for the yard and 4 winners in one day (and a second) don’t come around often.

After racing Simply Ned, Duke Of Navan, Glittering Love and On A Promise schooled over the 3 fences in the home straight. Nicky was happy with how all 4  horses went and it will put Simply Ned right on track for his run at Leopardstown over Christmas.

Ribble Valley heads to Ascot at the end of the week for the Sky Bet Supreme Trial Novices’ Hurdle (registered as the Kennel Gate). It’s a big step up in class (Grade 2), but he’s done nothing wrong and deserves his place in the race.

Takingrisks has also been given the go ahead to start his campaign towards running in the Randox Health Grand National. His owner was reluctant to run him, however Nicky has convinced him otherwise. He’ll probably have a couple more runs over hurdles to protect his chasing mark (147). “If I went and won another nice chase somewhere we might not win the National. He should be nicely in the race [at the weights] now.

Once again thanks to our sponsors Equine Products UK Ltd and Happy Christmas & New Year to all. 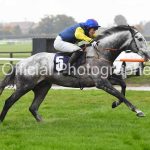 We’re off and running…Greystoke Galloper 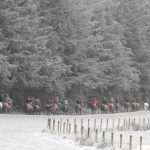